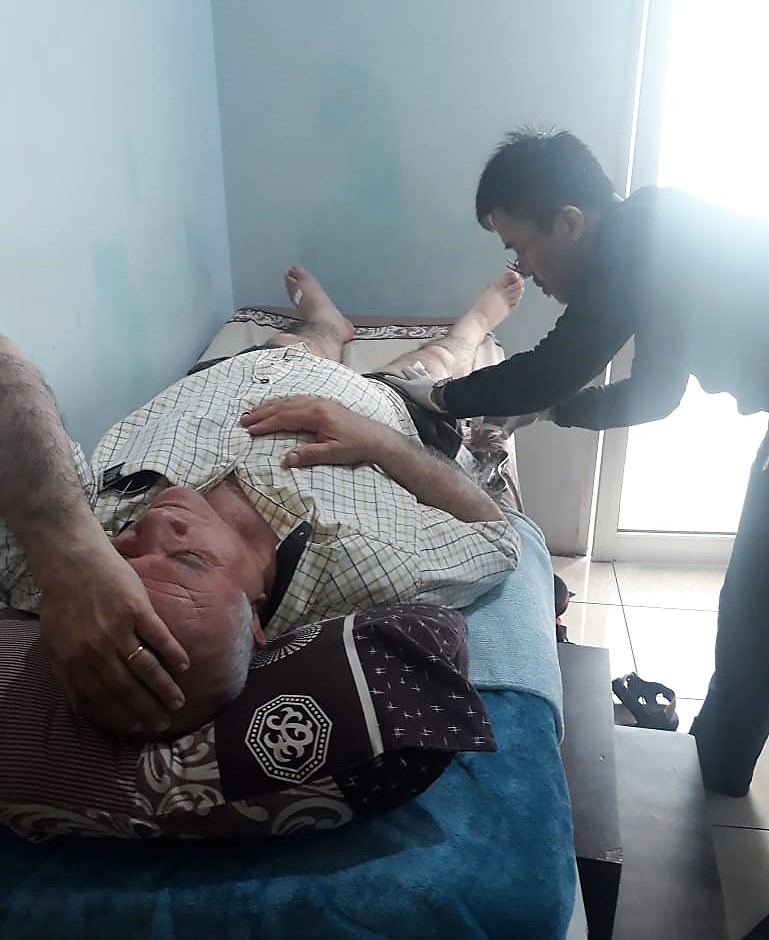 Rabies is an infectious viral disease that is almost always fatal following the onset of clinical symptoms. In up to 99% of cases, domestic dogs are responsible for rabies virus transmission to humans. Yet, rabies can affect both domestic and wild animals. It is spread to people through bites or scratches, usually via saliva.

Rabies is present on all continents, except Antarctica, with over 95% of human deaths occurring in the Asia and Africa regions.

Rabies is one of the neglected tropical diseases that predominantly affects poor and vulnerable populations who live in remote rural locations. Although effective human vaccines and immunoglobulins exist for rabies, they are not readily available or accessible to those in need.

Globally, rabies deaths are rarely reported and children between the ages of 5–14 years are frequent victims. Treating a rabies exposure, where the average cost of rabies post-exposure prophylaxis (PEP) is US$ 40 in Africa, and US$ 49 in Asia, can be a catastrophic financial burden on affected families whose average daily income is around US$ 1–2 per person.

Every year, more than 15 million people worldwide receive a post-bite vaccination. This is estimated to prevent hundreds of thousands of rabies deaths annually.

How to avoid being bitten or scratched

All mammals (including monkeys) can carry rabies, but it’s most common in:

They can spread the infection if they bite or scratch you or, in rare cases, if they lick an open wound or their saliva gets into your mouth or eyes.

Rabies is not spread through unbroken skin or between people.

While travelling in an area where rabies is a risk:

If you’re travelling with a child, make sure they’re aware of the dangers and that they should tell you if they’ve been bitten, scratched or licked by an animal. Check them for any wounds if they come into contact with an animal.

Rabies is a vaccine-preventable disease. Vaccinating dogs is the most cost-effective strategy for preventing rabies in people. Dog vaccination reduces deaths attributable to rabies and the need for PEP as a part of dog bite patient care.

Education on dog behavior and bite prevention for both children and adults is an essential extension of a rabies vaccination program and can decrease both the incidence of human rabies and the financial burden of treating dog bites.

Increasing awareness of rabies prevention and control in communities includes education and information on responsible pet ownership, how to prevent dog bites, and immediate care measures after a bite. Engagement and ownership of the program at the community level increases reach and uptake of key messages.

Human rabies vaccines exist for pre-exposure immunization. These are recommended for people in certain high-risk occupations such as laboratory workers handling live rabies and rabies-related (lyssavirus) viruses; and people (such as animal disease control staff and wildlife rangers) whose professional or personal activities might bring them into direct contact with bats, carnivores, or other mammals that may be infected.

Pre-exposure immunization is also recommended for travelers to rabies-affected, remote areas who plan to spend a lot of time outdoors involved in activities such as caving or mountain-climbing. Expatriates and long-term travelers to areas with a high rabies exposure risk should be immunized if local access to rabies biologics is limited. Finally, immunization should also be considered for children living in, or visiting, remote, high-risk areas. As they play with animals, they may receive more severe bites, or may not report bites.

The incubation period for rabies is typically 2–3 months but may vary from 1 week to 1 year, dependent upon factors such as the location of virus entry and viral load. Initial symptoms of rabies include a fever with pain and unusual or unexplained tingling, pricking, or burning sensation (paraesthesia) at the wound site. As the virus spreads to the central nervous system, progressive and fatal inflammation of the brain and spinal cord develops. There are two forms of the disease:

Factors that can increase the risk of rabies including:

Once a rabies infection is established, there’s no effective treatment. Though a small number of people have survived rabies, the disease is usually fatal. For that reason, if you think you’ve been exposed to rabies, you must get a series of shots to prevent the infection from taking hold.

Treatment for people bitten by animals with rabies

If you’ve been bitten by an animal that is known to have rabies, you’ll receive a series of shots at https://www.unicare-clinic.com to prevent the rabies virus from infecting you. If the animal that bit you can’t be found, it may be safest to assume that the animal has rabies. But this will depend on several factors, such as the type of animal and the situation in which the bite occurred.

Determining whether the animal that bit you has rabies

In some cases, it’s possible to determine whether the animal that bit you has rabies before beginning the series of rabies shots. That way, if it’s determined the animal is healthy, you won’t need the shots.

Procedures for determining whether an animal has rabies vary by situation. For instance:

The Mental Health Message from Shuffle and Strides