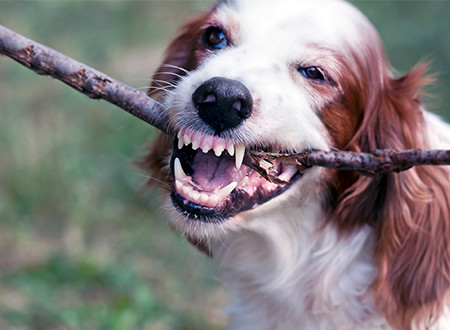 People who frequently travel to Bali know that there are lots of dogs on street whether they’re owned or stray.

Questions about if those dogs carry rabies or not might be the number one asked since travelers nowadays are getting more aware about the danger of rabies and how rabies will affect the body if got bitten by dogs or other animals of rabies carrier mostly as cats, monkeys and bats.

Each year, millions of tourists flock to the beautiful shores of Bali making the rabies problems more alarming for Indonesian government. With tourism accounting for an estimated 60%-70% of Bali’s economy, protecting visitors is top priority.

The Bali government and potential tourists are more than justified in being concerned about rabies. The disease causes significant inflammation of the brain and is nearly fatal once symptoms begin to show. Rabies is transmitted by animals and the most common method of transmission to human is through dog bites.

Rabies was first reported from Mesopotamia around 2300 BC and accurately described even then as “a fatal disease acquired by humans from the bite of a mad dog”. With the possible exception of four cases (and more likely just one) of presumed rabies, clinical rabies in humans is invariably fatal without prior vaccination or prompt medical treatment.

Dogs have a valuable place in the Island’s ecosystem. They have roamed the Island for thousands of years but visitors are unaware of the history and situation of the Bali dogs.

“Keeping dogs for the Balinese is just part of the way we are. They have a number of functions but many times people just want dogs around and they feel life is quiet or something is missing or incomplete if a dog is not there. We are used to having so many dogs around since we were young” (Widyastuti et al, 2015).

In 2008, this relationship between Balinese people and their dogs were shattered to its core due to rabies outbreak. Seemingly overnight a bite from a dog, not uncommon occurrence turned from being an unpleasant and undoubtedly painful experience to a possible death sentence. As humans began to die from this disease, Bali dogs began to be seen as a threat to be feared and be eliminated.

Balinese people found themselves in conflict with their culture, their government, each other and their dog.  Incidents of widespread dog culling were initiated in an attempt to eradicate the dogs as the source of the disease.  The Balinese people reported anger and sadness at having their dogs killed but were unable to retaliate as the culling was government driven.  An equal number of people reported being relieved to have the dogs killed as they were fearful of the disease. (Widyastuti et al, 2015).

Numerous scientific studies have proven that culling does not eradicate rabies.  The only effective rabies control is to vaccinate 70% of the dog population.  Shortly after the 2008 incursion vaccination campaigns were launched across the island.  In these early campaigns many Balinese hid their dogs from the vaccine teams as they feared they would kill them.

Bali Animal Welfare Association (BAWA), a local non-profit, undertook a successful pilot vaccination program in 2009, a year after the initial rabies outbreak on the island. BAWA then ran an island-wide program between October 2010 and May 2011 which vaccinated more than 75% of the dogs on the island.

“Vaccinating at least 70% of the dogs in an area creates ‘herd immunity’, slowing the spread of rabies until it dies out,” said Jess Oliver, a representative at World Animal Protection (WAP).

Since BAWA vaccinated over 70% of the dogs in Bali, this suggests that the program was a rousing success. Comparing the last months of the BAWA program to the previous year, both human and dog rabies cases were reduced by more than 80%.

Unfortunately, this return to culling destroyed much of the herd immunity that had been established through the previous vaccination program. Evidence for why culls are not effective in eliminating rabies points to the fact that culling may cause the surviving dogs to inhabit newly available territory which can further increase the spread of rabies due to more movement of infected dogs.

“It is well documented that vaccination is more cost-effective than culling,”

said Janice Girardi, founder of BAWA. “Mass vaccination is the internationally-recognised means — as shown in Bali and elsewhere — to effectively control and eradicate rabies.”

The practice of culling is even more alarming when considering the uniqueness of the Bali dog. Though genetically related to the Australian Dingo, Chow Chow, and Akita, the Bali dog is unique. At the start of the rabies outbreak in 2008, the dog population in Bali was estimated to be approximately 600,000.

Following the recent eliminations of fall 2015, there are now only an estimated 100,000 pure Bali dogs on the island. If numbers continue to fall, the Bali dog could face extinction.

While vaccination is clearly the most prominent answer to eradicating rabies in Bali, community education can also play a big role. In a sociocultural study on the relationships between dogs, humans, and rabies in Bali published in Infectious Diseases of Poverty, researchers examined actions that local Balinese people can take to help eradicate rabies. Findings included introducing concepts of non-violence into education campaigns, engaging communities through the local sociopolitical system, and working with traditional legal structures to increase local compliance with rabies control.

“Village responsibility for population stability and animal welfare is key,” says Ms. Girardi. BAWA’s vision is for an island on which all traditional communities are natural sanctuaries for animals. A pilot program with this goal is meeting with success.

Currently, provincial bylaws restrict the movement of animals that may carry rabies and require owners of potential carriers to give proper attention to the health and welfare of the animal. These laws leave ample room for interpretation and are rarely enforced. Thus, it seems clear that we cannot expect current Indonesian law to save the Bali dog.

When culling is replaced by vaccination and community education programs, there may be realistic hope for the survival of the beautiful Bali dog.

When visiting a Banjar these days you will still see free roaming Bali Dogs, the vast majority of whom will be wearing the distinctive yellow collar indicating vaccine status.  Local dog owners will tell you that their dogs are Rabies vaccinated and will ensure that dogs have collars in order to keep them safe from any culling activities.

However, the number of dogs who have received rabies vaccine in Bali is not enough to prevent the virus to spread, as there is a total number of 97.500 animals that can cause rabies in Bali. This condition has created concerns, especially among tourists and travelers coming to Bali.

The human-dog relationship on Bali is multifaceted, and whilst the fear of Rabies is influencing its dynamics this relationship will continue.  It is the next generation of Balinese who will adopt community driven drivers of responsibility into their behaviours and attitudes towards their dogs.
When visiting Bali please be aware of the danger of rabies and follow WHO and CDC protocols at all times.

If you’re bitten by a certain animal that brings rabies and suspect that an animal has rabies, do not attempt to catch the animal yourself! Notify the local health authorities

Other early signs of rabies in animals include fever, loss of appetite, and often altered phonation, such as a change in tone of a dog’s bark. These signs are often slight, however, and may escape notice. After a few days, marked restlessness and agitation may develop along with trembling.

An affected dog may growl and bark constantly and will viciously attack any moving object, person, or animal it encounters. If not restrained, it may leave home and travel great distances, inflicting much damage as it goes. This excited state usually lasts three to seven days and is followed by convulsions and paralysis.

In some instances, signs of excitement and irritability are slight or absent, and paralysis develops within a few days of disease onset. In cases of this type, an early sign is often paralysis of the lower jaw, accompanied by increased salivation. This may cause the animal to appear to be choking on a foreign object, constituting a dangerous trap for humans, who in attempting to be helpful may unwittingly expose themselves to infection.

Diagnosis of rabies in animals is similar, in most respects, to the procedure in humans, but the disease is easier to confirm at an early stage, since the animal can be killed for detailed brain studies. However, animals that die after long periods of illness may not have virus in the brain due to the so-called “auto-sterilisation” phenomenon. In that event, other tissue or spinal fluid may need to be tested for antibodies, a sophisticated procedure not usually available in many countries.

So enjoy visiting Bali & stay away from dogs and any other potential rabies carrier animals!

The Mental Health Message from Shuffle and Strides